I’ve been enjoying my Computer and Machine Vision course this semester. I like it because it’s challenging and makes me want to get better at math. Specifically I need to learn Linear Algebra and get started on Calculus III material. After that, maybe bulk up on more statistics. A new appreciation for math has been the main benefit of working on a computer science degree. Math is amazing, and I think that hints at how to make math relevant to kids. As usual I’m getting off topic. The main point of this post is to go through some rough requirements for a Machine Vision project that I’m working on now. Specifically I want to use develop an AI to play Wolfenstein 3D via a Kinect and Beagleboard xM. 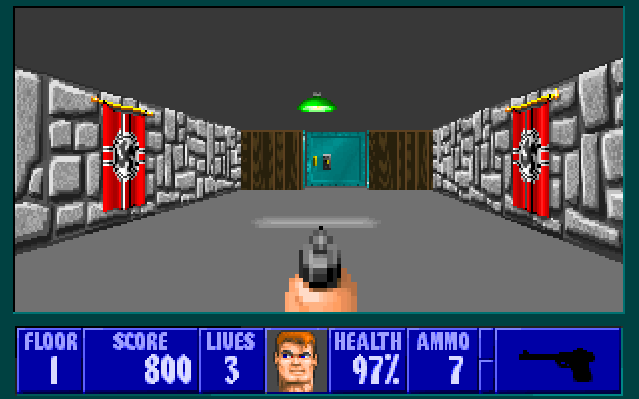 This a relatively complicated project. So the plan is to break down the project into smaller sub projects or exercises.